17 Successful Companies That Started Out During Crises 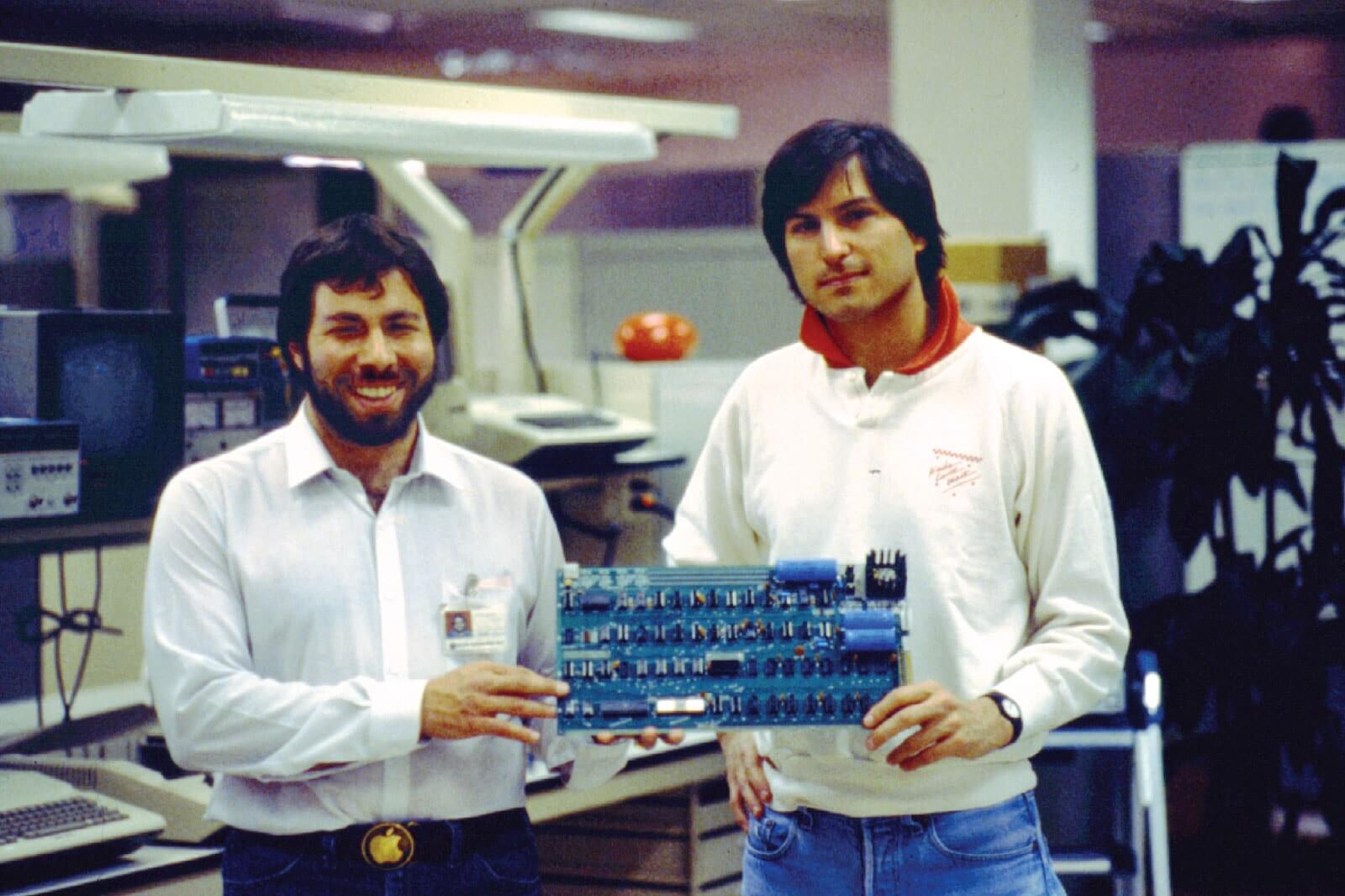 The word “crisis” in Chinese consists of two hieroglyphs: “danger” and “opportunity”. These opportunities were used by dozens of currently popular brands that opened up during economic downturns. Using themir stories as an example, we’ll show why the crisis of 2020 is not a reason to abandon plans for launching a business.

Two former Yahoo employees, Brian Acton and Jan Koum launched a messaging application at the end of the Great Recession of 2007-2009. Due to its speed and convenience, WhatsApp quickly gained popularity. Today, it is one of the most used messaging programs with more than 2 billion active users in 180 countries worldwide.

The company’s profit is never disclosed: since 2014 WhatsApp has been part of Facebook, which doesn’t publish financial data on individual business segments.

During the 2007 recession, two roommates in San Francisco were short of money to pay the rent. To make some extra money, they decided to sell a bed (an air mattress) and breakfast. The service was simply called Airbedandbreakfast.

The business began to grow only two years later, after attracting the first investments and changing its name to Airbnb. Within a few years, the platform has become one of the leaders in the online accommodation booking market. By 2019 it had been used by 750 million guests in hundreds of countries around the world.

Brothers Walt and Roy Disney founded the company in 1923, the time called the “Roaring Twenties” because of the rapid changes and instability after World War I. And six years later, the Great Depression began. Disney saved Mickey Mouse from collapse: the character became the beloved one of the audience, which was looking for positive emotions. The company produced cartoons and sold a license to produce goods with Mickey Mouse, which were immediately grabbed from the shelves.

Today Disney is one of the largest empires in the entertainment industry, which owns film studios, TV channels, and amusement parks.

In 1971, Fred Smith, a graduate of Yale University, was not afraid that the United States had recently experienced another recession. He had a business idea for fast and reliable cargo delivery by his own planes.

Although the launch of the new product wasnэt smooth (the business became profitable only five years later), today FedEx is recognized as one of the leaders in the delivery services market.

The Company entered the market a year before the economic depression of 1893, the largest in the United States. Over almost a century and a half, General Electric has survived several wars and crises, but continued to innovate: they built the first power plant, invented an electric generator, a radio station, and much more.

Nowadays, General Electric is one of the most innovative corporations in the world, which works in the fields of energy, healthcare, aviation, oil, and gas.

The end of the Great Depression and the beginning of World War II… A more inappropriate time to start a business can hardly be found. But in 1939, this didn’t stop William Hewlett and David Packard, graduates of Stanford, from registering an electronics manufacturing company.

The success was achieved due to innovative development, a new generator design that was several times cheaper than the competitors’ one. Over several decades, Hewlett-Packard has released multiple technological innovations and became one of the leading brands in the market of information technology.

The effects of the oil crisis and the collapse of stock markets did not prevent Bill Gates and Paul Allen from starting a software business in 1975.

The company grew rapidly and in 1985 released a revolutionary development, the Windows operating system. Today Microsoft is one of the leaders in hardware and software production, and Bill Gates is one of the richest people in the world.

During the long recession in the U.S. in 1911, Charles Flint registered Computing-Tabulating-Recording (CTR), which sold a popular product – electrical machines for data processing. In 1924, when the company entered the international market, its name was changed to International Business Machines (IBM).

The brand has successfully survived all the crises of the 20th century and become one of the world’s largest manufacturers of computer hardware and software.

William Durant started his business in 1908 during the Banking Panic in the USA. GM was a holding that absorbed car manufacturers, including Buick, Oldsmobile, Cadillac, Chevrolet. The strategy proved to be successful in order to survive in a competitive struggle.

The year 2009 was a turning point in the history of the Corporation: General Motors went bankrupt but managed to return to the market after entering the stock exchange.

The first restaurant opened in the USA during the recession in 1954. Although Burger King has changed owners several times over the decades, it became the second largest fast-food chain in the world.

Today, Burger King operates on a franchise model, and the chain’s restaurants are visited by 11 million people a year.

Two Steves, Jobs and Wozniak, started their computer and software business in 1976 just after the oil crisis. The rapid growth of Apple has always been driven by innovative products: Mac, iPhone, iPad, Apple Watch.

Apple was the first company with a turnover of one trillion dollars and remains the most expensive brand in the world.

Brothers Adolf and Rudolf Dassler have been producing sports shoes in Germany since the 20s of the 20th century. But after World War II, the family business collapsed, and the brothers broke up forever.

In 1948, Adolf started his own business, which he called Adidas: short for Adolf (Adi) Dassler. Thanks to innovative developments, the brand has become the largest manufacturer of sporting goods in Europe and the second largest in the world within a few decades.

This company was founded by the second brother of the Dassler family, Rudolf. For several decades, Puma and Adidas had been seriously competing in innovation.

In the second half of the 20th century, Puma became famous for the fact that many Olympic and soccer champions wearing Puma shoes won championships. In 2009, after several decades of hostility, Adidas and Puma entered into a truce.

Shortly before the oil crisis in 1971, three friends opened a store in Seattle with a new product for the USA – freshly roasted coffee beans. After 16 years, the business was bought by Howard Schultz, who offered customers ready-made drinks and the atmosphere of Italy – communication, pleasant interior, friendly baristas.

This model is still followed at Starbucks: the branding of the coffee chain is based on creating an emotional connection with customers. Due to positioning, the company can successfully sell coffee at premium prices. Marketers refer to this phenomenon as the Starbucks effect.

At the height of the Great Depression in 1932, Ole Kirk Christiansen, a Danish carpenter, started a business to create developmental toys for children. The company was called LEGO, a shortened form of the Danish phrase “leg godt” (“play well”). In 1947, LEGO first released plastic toys, and in 1958, colorful bricks were introduced, which are well known to us today.

The brand has always been dedicated to quality and its mission is to develop children’s creative abilities. Now LEGO is one of the largest toy manufacturers in the world. Besides, the company produces films, video games, and opens theme entertainment parks.

During the U.S. recession in 1982, a video game development and sales company entered the market. Trip Hawkins, the founder of Electronic Arts, considered computer games a new form of art, and regarded their developers as artists.

By creating an emotional connection with consumers, the brand has managed to become one of the market leaders within a few decades. Some of the famous Electronic Arts products are Need for Speed, The Sims, Battlefield, and others.

Mailchimp, which was launched during the dot-com recession in 2001, was created as an alternative to more expensive e-mail tools.

The business has grown rapidly and now has a 60 percent share of the email marketing market. Every day 1 billion emails are sent via the service.

A Bonus: Three Tips for Those Who Start a Business During the Crisis

During the crisis, people have new needs, and the demand for certain products can rocket many times. In 2020, during the quarantine, many online services have experienced the same.

To find a product that will become popular, explore the demand and trends, find a niche that is not yet occupied. Think of what you can offer: innovative development, a solution to a problem, better conditions.

2. Communicate your value proposition through branding

Start a dialogue with your future customers with the logo, the main visual symbol of the business. A good logo will tell your history, communicate your mission and unique selling proposition. Don’t know where to start the development? Use online generators such as ZenBusiness. The “smart” algorithm will offer dozens of options to choose the one that suits you best.

3. Consider emotional value for your customers

According to a study conducted by the American company Forrester in March 2020, during the crisis, people want to fill the social vacuum with communication and entertainment. To emotionally connect customers with the brand, offer them an entertaining, inspiring, or educational product that will support them in tough times.

The Eight Drivers of Your Best Life

Can’t Find a Job? Start a Business Instead

Where to Get Free Help for Your Business