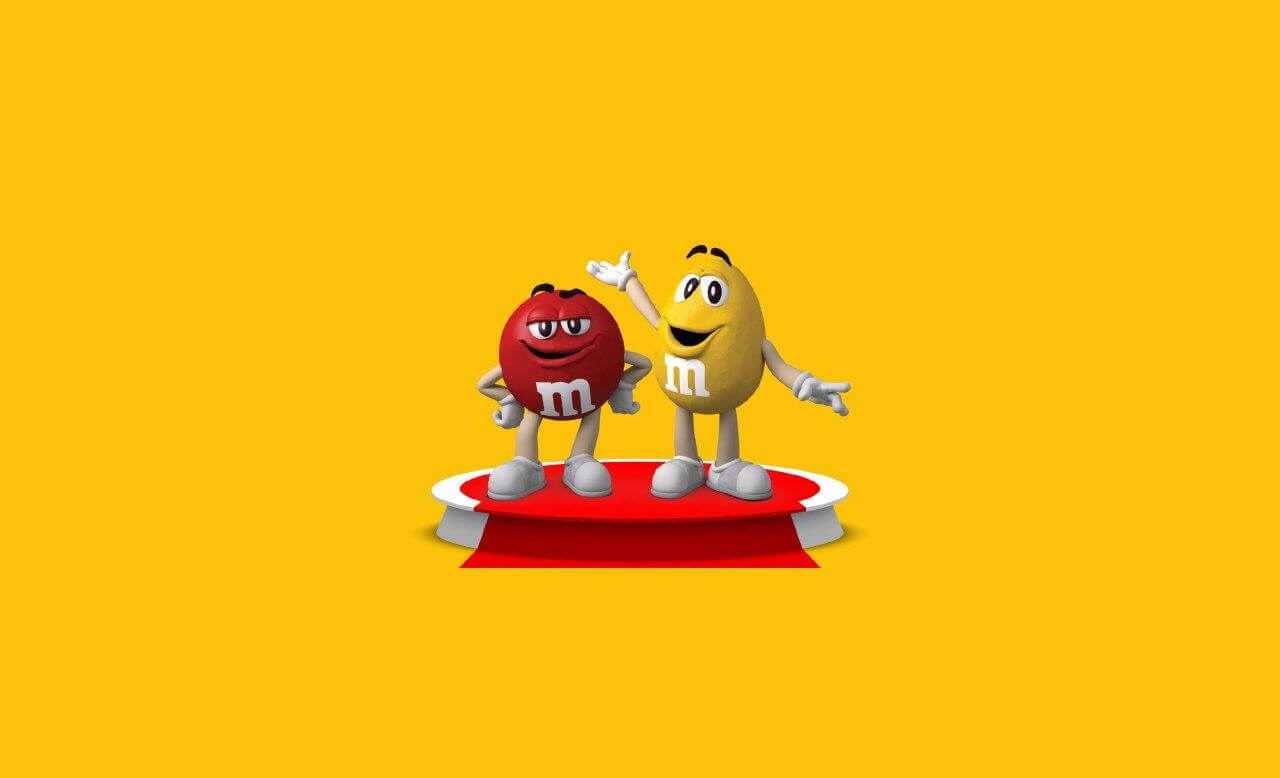 The brands that use mascot characters are 50% more likely to get an emotional response from consumers. This is not just about entertainment: talismans can help you be in rapport with your customers, even if your business deals with finance or insurance issues. In the article, we’re going to explain why such branding is effective and how to establish it.

What Are Brand Mascots

Mascots have long been considered a symbol of luck. At the end of the 19th century, this idea entered the business sphere as well. A brand mascot is any “humanized” character that represents a company in terms of marketing.

Objects, people, animals, or fictional creatures may be used as mascots. Talismans have a wide range of applications: logos, souvenirs, icons on websites and in mobile applications, advertising, entertaining the audience at events, and much more.

The Benefits of Using Brand Mascots

According to a survey by System1 Group, a British company, ads involving mascots are 37% more likely to increase the market share of the brand and bring 30% more profits. Let’s find out the reasons for this.

Emotional Connection with the Brand

For centuries, people have given human qualities to objects, plants, and animals. Researchers have reached a conclusion that “the brand mascot reflects a deeply rooted human tendency to understand the world through anthropomorphic objects”. Simply said, mascots humanize the business, helping to shorten the path to the hearts of clients.

It’s easier for a “living” mascot to convey company messages to consumers. It has all the tools that we are used to in communication: the timbre of voice, gestures, and facial expressions. They can be used in any brand-customer touchpoints, from the registration on the website to the explanation of a complex service.

Due to the details and habitual human traits, the consumer’s brain quickly perceives the character of the mascot (and therefore the brand) and recognizes it in the future. Characters become recognizable even without other attributes of brand identity.

Mascot characters often provoke memes, parodies, discussions, and new user versions. All this works for the popularity of the brand. Analysis has proven that the use of mascots on Facebook in most cases increases user engagement. Charmin set a record: its bears have increased this metric by 585 percent!

From burgers and candies to tires and operating systems, mascots advertise a variety of products. Let us tell you the stories behind the famous talismans.

At the end of the 19th century, the brothers-founders of the Michelin company went to the exhibition and paid their attention to a pile of tires the shape of which resembled a man. Later, cartoonist O’Galop embodied this image: the Michelin Man drank, smoked, and showed indiscreet behavior. The accompanying inscription “Nunc est Bibendum” (“Time to drink”) gave the character a second name, Bibendum.

In the 1920s, the Michelin Man became friendlier and quit drinking. For more than a hundred years, this mascot has represented both Michelin products: the tires and the famous restaurant guide.

In 1957, Procter&Gamble asked artist Richard Black to create a mascot – a gin that will show the “magical” abilities of the detergent. He painted a bald, muscular man with an earring in his ear, all dressed in white. The ad with this character has gained enormous popularity and six months later, Mr. Clean became the best selling detergent in the United States.

In the 90s, the once-popular M&M’s brand was in crisis due to growing competition. They had a limited marketing budget. So, the advertising agency offered a simple solution – to make every candy a comedy character: the red one being sarcastic and the yellow one careless. These mascots became legendary and gave the company its worldwide popularity back.

Bears were traditional talismans at fairs in Europe. The entrepreneur having designed the bear-shaped candies wanted them to be associated with entertainment. This proved to be an excellent idea, and since the 1920s the sweets have really started gaining popularity around the world. The Goldbear (a yellow bear wearing a red bow tie) appeared as the brand mascot only in 1989.

The brand launched an advertising campaign with pink rabbits in 1973. The rabbits competed in drumming, racing, or football. The winner was the most enduring one, with a Duracell battery. And in 1989, the company’s competitor, Energizer, created a similar advertisement with a similar character. Litigation between the brands continued for several years resulting in Energizer suing the right to the trademark in Canada and the United States.

Colonel Sanders, the founder of KFC became the company’s image back in the 50s. However, in the 21st century, it turned out that many Americans do not recognize the brand’s mascot. To remedy the situation, KFC launched a powerful advertising campaign. Colonel Sanders became the hero of popular TV shows, online games, comics, and even voiced a GPS navigator with tips like this: “Pothole on the road ahead. I’d fill it with gravy.”

One of the strangest mascots in the history of branding was a character dressed as a king that first appeared in the 50s. Since then, he has changed several times, going from a drawn character to a “living” one, with a big head. In the 2000s, several unsuccessful advertising campaigns forced Burger King to refuse from the mascot, but then he was returned to the screens again.

In 1977, the entrepreneur bought a coyote costume for his future restaurant “Pizza Coyote”, but later it turned out that it was a rat costume. It was turned into a brand mascot, and the place was called Chuck E. Cheese.

While choosing the name for his fast-food chain in 1969, businessman Dave Thomas decided on Wendy, his daughter’s nickname. To create a mascot, Dad took a picture of his daughter with two red pigtails raised. This mascot accompanies the restaurant chain up to this day.

One of the founders of Reddit painted its mascot while feeling bored at a university lecture. The creature with a flattened oval head, round ears, and an antenna was called Snoo. It was presented as a curious traveler from the future. This matched the concept of a website that was designed as a place to exchange news.

The idea of making a penguin the mascot of Linux was put forward by Linus Torvalds, the founder of the company who liked these animals. The mascot was named Tux. Its name was associated with the word “tuxedo” and the abbreviation for Torvalds UniX (the founder’s name and the name of the OS family Linux belongs to). Interestingly, the image of the animal as well as the system itself is an open-source one which means it can be edited by anyone who wants to.

The largest chain of pizzerias in the world has no official mascot at the moment. However, in the 70s, they used a character named Pizza Pete. A friendly moustached Italian in a colorful shirt, apron, hat, and necktie welcomed the visitors on signboards and souvenirs (cups, bags, and dolls).

In 1997, the American restaurant Taco Bell serving Mexican cuisine used a chihuahua dog in its advertising campaign for the first time. The animal “said”, “I want to Taco Bell”. For several years, the character was involved in the chain’s commercials. But in 2000, the brand stopped using the animal because of allegations that the commercial discriminated against Mexicans.

Since the 50s, the space agency’s mascot has been the famous Snoopy dog from Peanuts comics. Over the years, the mascot appeared on various products associated with NASA. But its most famous incarnation is a prestigious award for astronauts called “Silver Snoopy”.

The friendly green robot reflects the simplicity and versatility of the operating system. The mascot’s unofficial name is Bugdroid. It’s believed to have no gender or nationality.

In one of the first projects of the animation studio called “Luxo Jr.” an animated desk lamp, the main character of the short movie, appeared as a mascot. Since then, it has become the brand symbol and has always accompanied all Pixar cartoons.

How Do You Know Your Brand Needs a Mascot?

The numerous advantages of mascots do not necessarily mean that every business needs them. Check if your company fits into one of these categories:

What You Should Consider When Creating a Mascot

Like any other marketing tool, talismans won’t be effective until developed properly:

To stay effective, look for new ways to express yourself using the mascot character. Modify it and use it to the fullest. For example, create a chatbot and create a profile for your mascot on social media.

The Power of a Postcard

Boost Your Web Site’s Holiday Sales with These 7 Tips

How to Write Sales Letters

Make that Next Tough Call