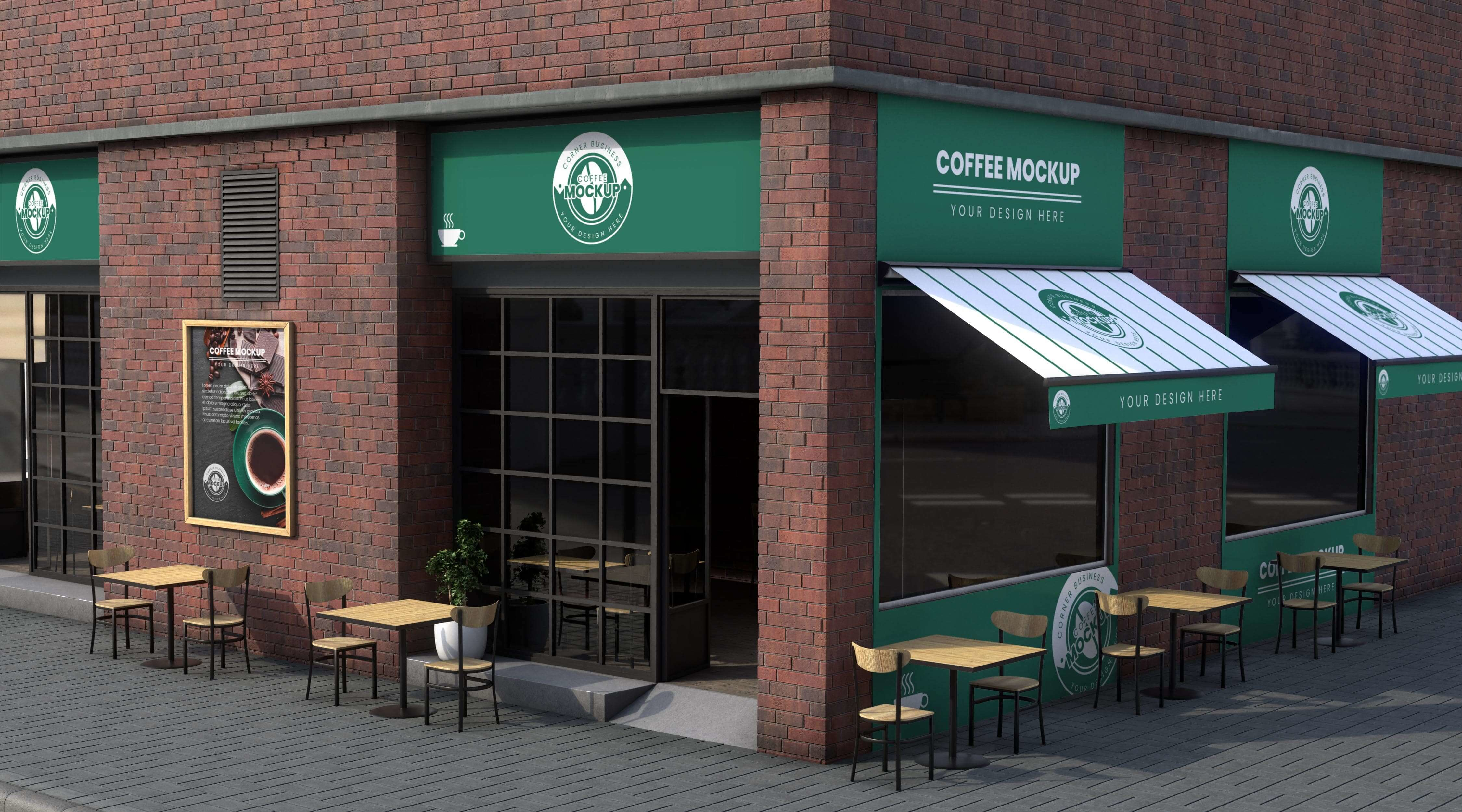 Crocs, Lacoste, Red Bull, Playboy…Global companies love to use the images of animals in their brand identity. These graphics are good at evoking instant associations and sticking around in customers’ minds. This is everything a company could wish for! Are you eyeing an animal logo for your business? Read on to find out how to create an eye-popping animal logo of your own!

It’s safe to say that humans perceive each animal in a certain predetermined way. Why not use this to your business’s advantage?

Instant associations. Sly as a fox, hard-working as a bee, brave as a lion…Each animal generates strong associations among people. This makes animal-themed imagery an ideal choice for branding.

Emotional response. Cats are cute. Bulls are scary. Pandas are funny. Different animals trigger different emotional responses, helping you establish contact with your potential customers. According to the research, emotional marketing is way more effective than regular one. For example, 70% of customers who experienced an emotional response to an ad are likely to make a purchase, while 71% of shoppers, who have an emotional bond with a brand, are more likely to recommend the company to others.

Memorability. Emotional content never fails to leave a stark impression on people. After seeing your animal logo, your audience is likely to memorize your brand and start to distinguish it from competitors.

What companies should be using animal logos? Any company can do that, in fact. Regardless of whether or not your business has to do with animals, you can benefit from animal-themed branding big time. Think about the Twitter bird or NBC peacock! Although neither of these companies has anything to do with the animal world, they’re successfully using this topic to promote their brands!

How to choose the right animal for your logo

When looking for the best animal to build your brand identity on, consider these three factors: your brand personality, your target audience, and associations. Let’s zoom in on each of these factors one by one.

Your emblem must give your audience an instant idea of what business you’re running and what products or services you’re offering. To be able to send the right message, you need to know your business in and out. Do a brainstorming session and ask yourself the following questions.

What is the character of my brand? Is it bold and risky? Reliable and serene? Friendly and merry? Let’s take the jaguar on the iconic car brand logo. The exotic animal stands for speed and agility, the characteristics that the Jaguar company is willing to be associated with.

What are your values and goals? The panda on the WWF logo translates the key mission of the fund which is to save endangered species of animals from extinction.

What product or service are you offering? The Evernote brand uses the image of an elephant to showcase that their program can store big amounts of data. (Sidenote: Elephants are considered to have a very good memory.)

Make a list of your company associations and pick the animals that can be used to visually express these characteristics.

Gender, age, social status, hobbies, income, needs — these and a bunch of other factors affect how people perceive certain images. For example, the swan on the Swarovski logo stands for elegance and luxury. Indeed, these are the things that come to your mind when you’re thinking about a premium jewelry brand.

By now, you should already have a list of animals that fit your branding. Now you need to make sure your audience will perceive these images in the right way because, as you probably know, visual symbols may have different meanings across cultures and countries.

For example, in the Asian countries, a snake is a symbol of wisdom, while the Western civilization sees it as a synonym of treachery. When promoting your brand overseas, steer clear of using the images of cows in India and the illustrations of pigs in Muslim countries. Don’t underestimate the importance of studying the cultural set of the market that you’re going into.

4. Think about the design

A logo with one and the same animal can look different depending on the following factors:

To avoid common design mistakes, we recommend relying on ZenBusiness, a clever logo-making service. ZenBusiness boasts a huge portfolio of animal-themed icons for any type of business. Create a logo in a few clicks, preview it with different colors and icons, and choose the best-looking option!

5. Check your logo for uniqueness

While it’s totally fine to draw inspiration from other brands, stealing other companies’ emblems is both bad taste and illegal. Copying other people’s creative ideas may damage your business reputation badly. So before you start to use your logo, be sure to check it for uniqueness.

Designed in 1952, the now iconic logo with the horse and coat of arms incorporates unique visual symbols that tell the history of the car company.

The Porsche brand was established in Stuttgart, the former capital of the Kingdom of Wurttemberg in Germany. The city was founded as a stud farm, hence a horse on the Porsche logo. Here are other references to the historic location:

The Puma logo has been around since 1948. The original emblem featured a puma jumping through the letter D, the capital letter in the name of the company’s founder Rudolf Dassler.   Dassler wanted his brand to be associated with strength, speed, strong will, and perseverance. It’s hardly surprising because these qualities form the personality of any successful athlete!

Over the decades, the Puma emblem has changed its shape but not colors, always staying black and white. The brand is sticking with this stylish color scheme no matter what, except for rare occasions.

In 2004, Firefox was looking for a logo that would showcase the global accessibility and high performance of their brand new Internet browser. After a long search, the marketers came up with a cute long-tailed animal that was embracing the globe.

While many people believe that the Firefox logo features a fox, it’s actually a red panda. The contrast of orange and blue creates a vibrant dynamic that highlights the browser’s characteristics.

Did you know that the globally known Ferrari horse comes from the fighter aircraft of Francesco Baracca, the best Italian pilot in the times of World War One? Baracca tragically died in 1918. A few years later, his mother said to Enzo Ferrari, the founder of the iconic Ferrari car brand: “Put my son’s prancing horse on your cars. It will bring you luck.”

This is how a logo with a black horse on a bright yellow background was born. (Yellow is the color of Modena, the birthplace of Enzo Ferrari.) This image fits the car brand like a glove, showcasing the speed and power of Ferrari cars.

It’s believed that Lamborghini emerged as a rival to Ferrari. This is probably why the company decided to go for the black and yellow color palette as well. As for the main visual symbol, the company’s founder Ferruccio Lamborghini opted for a bull. The reason behind that choice was pretty simple: Lamborghini’s horoscope sign Taurus, and he was an ardent fan of corrida. Synonymous with aggression and strength, the bull is an ideal visual symbol for race cars!

Did you know that the Nestle logo had a double meaning? A bird feeding its young in a nest was depicted on the coat of arms of the company’s founder Anri Nestle. (Translated from German, the word “nestle” means “nest”.) Plus, the emblem transcended the company’s family-oriented approach: in 1868, Nestle entered the market with their first product, a milk powder for babies.

The choice of an alligator as the Lacoste brand symbol was preceded by a funny story. The company’s founder Rene Lacoste was a renowned tennis player. One day, he and another player made a bet that Lacoste would win a major tennis match. The winner was to get a bag made of alligator skin.

Although Lacoste was defeated in the match, all journalists as one wrote that he was fighting for victory “like an alligator”. The catchy nickname stuck to Rene, becoming the logo of his new clothing brand in 1933.

Leo the Lion is the official name of the film studio’s legendary symbol. However, the truth is that over the years, the MGM logo featured seven different kings of the jungle. The film studio borrowed the idea from the Columbia University sports team whose mascot was a lion.

The wild animal made his debut on the studio logo in 1917. Back then, the movies were still silent, and the lion wasn’t roaring. MGM reshot their intro several times. The furry roaring lion that each of us knows from the iconic MGM movies was introduced in 1957. In 2021, however, the company made a smart decision to replace a real-life lion with a CGI one.

Animal logo is a surefire way to catch the attention of potential customers and resonate with them emotionally. How do you choose the right visual symbol that would fit your brand? You need to learn the unique features of your business and examine the animal emblems used by top-of-the-range companies in your niche. Also, think carefully what message you want to send to your target audience through your imagery.

HBO Logo: The Power of Consistency

YMCA Logo: The Power of Triangle

Pampers Logo: From Red to Blue